Chemically speaking, trestolone acetate(MENT) actually an alright looking drug. It doesn't show much interaction with Sex Hormone Binding Globulin, which means that a good portion ought to stay unbound and active in the blood. Also, the drug is a potent binder to the androgen receptor, while showing minimal affinity for the progesterone and mineralocorticoid receptors respectively. Since it is not able to be 5a-reduced into a dihydro-version, it likely wouldn't cause many of the side effects commonly associated with Dihydrotestosterone. This is also a likely reason that it is less apt to cause prostate enlargement, and may even be indicated for the treatment of specific prostate issues.
The ability of 7 alpha-methyl-19-nortestosterone acetate (MENT) to increase the weights of ventral prostate and seminal vesicles of castrated rats was four times higher than that of testosterone, while its effect on the weights of bulbocavernosus plus levator ani muscles (muscle), was 10 times that of testosterone.
Various forms of MENT in human pharmaceutical preparations and devices for contraception and hormone therapy, specifically MENT Ac implant and MENT transdermal gel and patch formulations, are currently under clinical investigation. MENT is absorbed transdermally up to three times the rate of testosterone - 17 methyl testosterone and 17-α methyl testosterone.
MENT will have application in a wide range of indications beyond androgen replacement therapy and contraception, including, without limitation, primary hypogonadism, testicular failure, ASIH, baldness, sarcopenia, loss of bone mass, muscle wasting and cachexia, BPH, prostate cancer and of course, bodybuilding and sports performance enhancement.
Trestolone acetate is the chemical name of active ingredient in MENT. MENT is a registered trademark of Population Council, Inc. in the United States and/or other countries.

What sides can I expect?
Nearly every user reports an almost immediate increase in core body temperature. Some users also report significant water retention in the presence of excess carbs, with substantial leaning out with moderate carbs. Trestolone does not bind to SHBG. From my and others' experiences, this is the extent of the negative sides.
How powerful is Trestolone Acetate (MENT) compared to Mentabolan (Mentdione), its precursor?
There are no studies demonstrating bioavailability of these, but there are studies demonstrating their anabolic potency orally. Trestolone is significantly stronger than mentdione in what matters the most. This will only be magnified intramuscularly.
How powerful is Trestolone Acetate compared to Trenbolone?
Trestolone is hands down the stronger compound, with scientific evidence and anecdotal support. Trestolone has a 540:840 ratio when compared to methyltestosterone, meaning it is at least 5 times as androgenic and at least 8 times as anabolic. Intramuscularly, it is 2300:650. Trenbolone's is 500:500. You do the math!
Does Trestolone carry the same risk of sides?
No. There are no night sweats. No insomnia. No inappropriate aggression. No loss of libido (just an increase!). No overwhelming acne. No anxiety. It really does feel like Test plus Tren minus the negative sides, and even with a little more of a kick at a lower dose.
Does Trestolone Acetate aromatize?
Yes, very much so. A strong AI (i.e., aromasin) is a must while running Trestolone. By abiding by this protocol, you will reap the incomparable benefits of Trestolone without the risk of sides.
How would you describe Trestolone Acetate to an experienced AAS user?
Trestolone Acetate can best be described as comparable to a combination , although it is chemically an offshoot of Norandren (Deca). I estimate that a moderate dose of Trestolone Acetate will yield slightly better results than a combination of Test/Tren/Mast.
What is an effective dosage protocol?
It has been estimated that even 50mg EOD will yield significant results. I've run it as high as 100mg ED, and at 75mg ED, but have resolved to run it at 50mg ED. That's more than enough for Trestolone to work its magic!
What is the "kick in time" for Trestolone Acetate?
You will literally observe noticeable results within the very first few days as you start to become leaner more quickly than with any other compound known to man. It's definitely working at full speed in less than a week.
What is the PIP like for Trestolone?
PIP has more to do with the preparation than the compound. If you prepare Trestolone correctly, there is ZERO PIP and it can even go smoothly through a slin pin.
How long should I run Trestolone Acetate?
Even a 2 week cycle will have significant results. 4-6 weeks is ideal if you want to maximize your progress without having to ramp up the dose. One of the main reasons guys don't run longer than 6 weeks is because they can't tolerate the sides. With Trestolone, those sides don't exist. So longer runs should be feasible.
Can Trestolone be used as a Test base?
Yes. But for me personally, there is no substitute for Test as a "Test base," even with Trestolone. However, if you are looking for the benefits that Test provides, you will be pleasantly surprised how Trestolone outperforms it. Still, I would not run Trestolone without at least a mild dose of Test –this should be no different for taking it orally. If you're comparing Trestolone to something like Stano that people refer to as a "Test base," you're comparing Godzilla to a yard lizard.
What is the difference between Trestolone orally, transdermally and intramuscularly?
Intramuscularly is almost always going to produce magnified results over orally and transdermally. Transdermally is the next step down, with orally being the least effective delivery method. Reports about IM Trestolone are nothing short of amazing. For oral Trestolone, they are not any better than for other available, less expensive products. 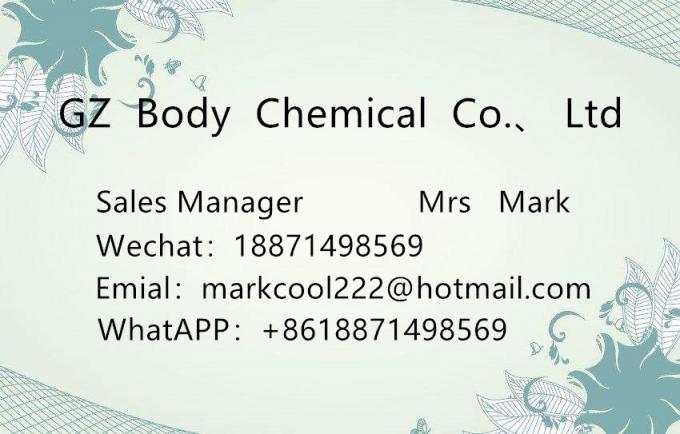